ELTEC designed and installed a solar power system that controls traffic entering a restricted traffic area. Vulcan Mining in Richmond, VA approached ELTEC to design a system that would control trucks passing from a 2-lane road to a 1-lane road. In the middle of the 1-lane section there’s a bridge and a blind S shaped curve that trucks drive across and through. Drivers could not see trucks entering the 1-lane restricted road at the other end. Consequently a number of near collisions have occurred and a lot of time backing-up loaded mining trucks created difficulties.

Management wanted a traffic control system that would allow trucks from one end of the restricted road to enter while stopping trucks at the other end until the 1-lane was clear of all trucks. Since power was not readily available the system had to be solar powered. The system was designed to operate from 6 AM to7 PM six days per week.
ELTEC used radar sensing to detect an approaching truck at one end of the 1-lane restriction. This truck was given a green light and allowed to proceed into the restricted lane road. 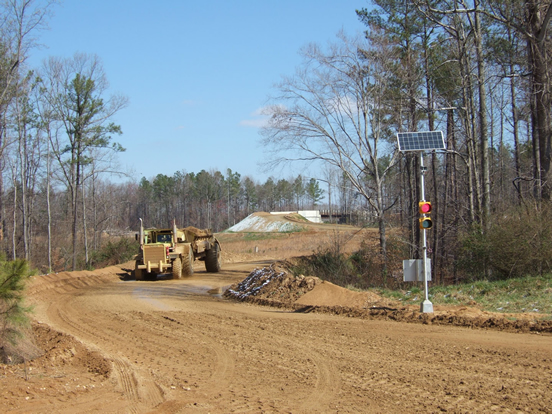 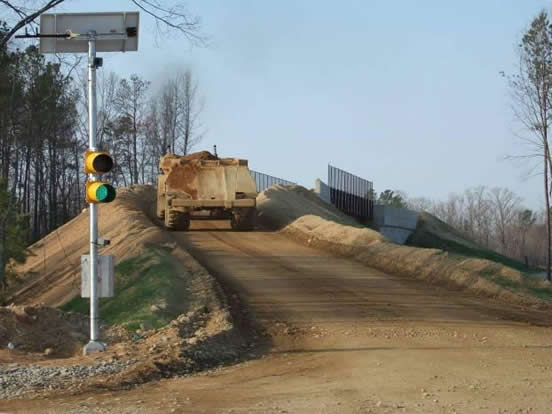 At the same time, a wireless signal was sent to the beacon at the other end causing the beacon to turn red and stop traffic from entering. 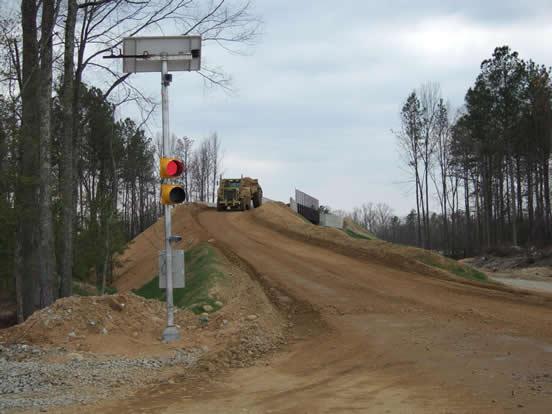 If another truck entered from the same end as the first truck, the system allowed the second truck to follow the first truck as indicated by the green light. Both trucks proceeded safely over the bridge and through the S curve. Only when both/all trucks were clear of the restriction were trucks waiting on the other end allowed to enter.

The process was then reversed. That is, trucks waiting at the other end (red light) now had a green light while trucks at the opposite end had a red light.

When not in use, the default on the beacons is blinking red at both ends, confirming the system is functioning as designed. When activated by a truck, the LED changes to solid red at the other end and green for the truck to proceed.

This system has completely fulfilled the requirements of Vulcan Mining and has eliminated near collisions and accidents. Further the system has enhanced operations by eliminating the need for the massive mining trucks to back-up in the restricted 1-lane area to allow another truck to proceed.