ELTEC and Gerdau Ameristeel installed a solar powered railroad crossing flashing beacon system to alert truck drivers to trains crossing or about to cross the road. Gerdau Ameristeel receives most of its scrap material via large semi trucks. These trucks arrive randomly and are usually directed to different parts of the yard. In addition, a number of semi trucks arrive to transport finish steel to customers. Most of the routes that the trucks take in the yard cause them to cross at least one set of rail tracks, often 3 or 4 rail tracks. 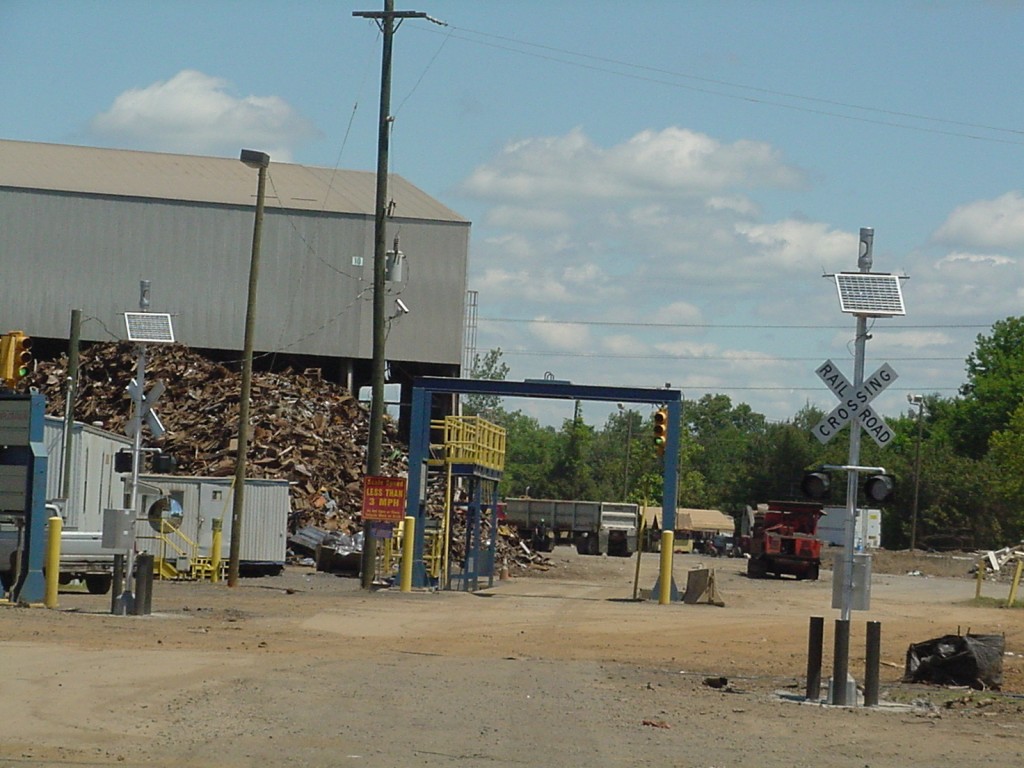 Gerdau Ameristeel moves large amounts of scrap steel and iron about its facility using rail cars and a Yard King switching engine and even locomotive powered trains. Since this movement is also random, trucks and trains often vie for the crossing at the same time. This has resulted in several near collisions. 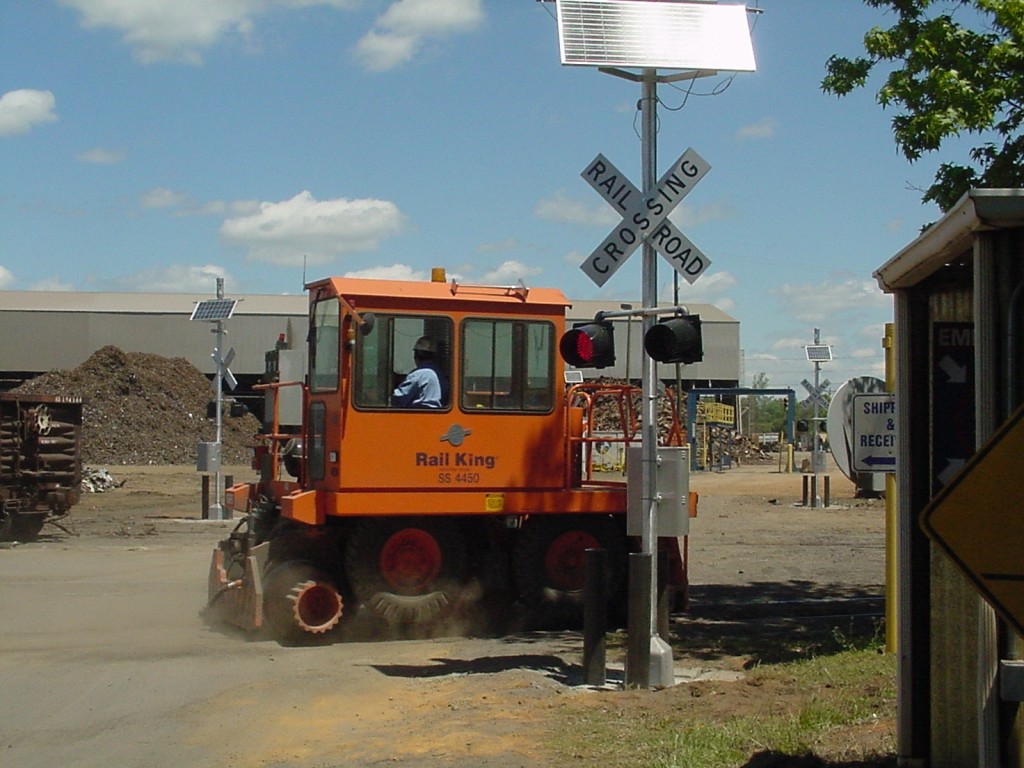 Gerdau Ameristeel did not want to install 24 hour flashing beacons as they felt that the continuous flashing beacons would soon be ignored by the drivers. Instead they wanted a system that would activate only when a train was about to enter a crossing. This would be positive confirmation to the truck driver that he needed to stop for the train crossing the road. Further the truck drivers would have confidence that when the beacons were flashing they would know that a train was in fact approaching the crossing.

After installation of the system yard personnel immediately noticed that truck drivers were respecting the beacons and were stopping for the trains. Additionally, they feel that the yard is much safer now, even for pedestrians

The system uses patented technology to detect train motion as it approaches the crossing. This activates control circuitry in the system that has detected the train. The control circuitry causes beacons to flash, a standard rail crossing bell to sound, and a wireless signal to be sent to other beacons so that they will also flash. Consequently drivers approaching the tracks from all directions are alerted to the train approaching the crossing.

Proprietary control circuits and detectors keep the beacons flashing as long as the train is approaching or is in the crossing. Even if the train stops, the bell continues to sound and the beacons continue to flash.

The solar system does not require in-rail sensors but instead relies on patented technology for train detection. 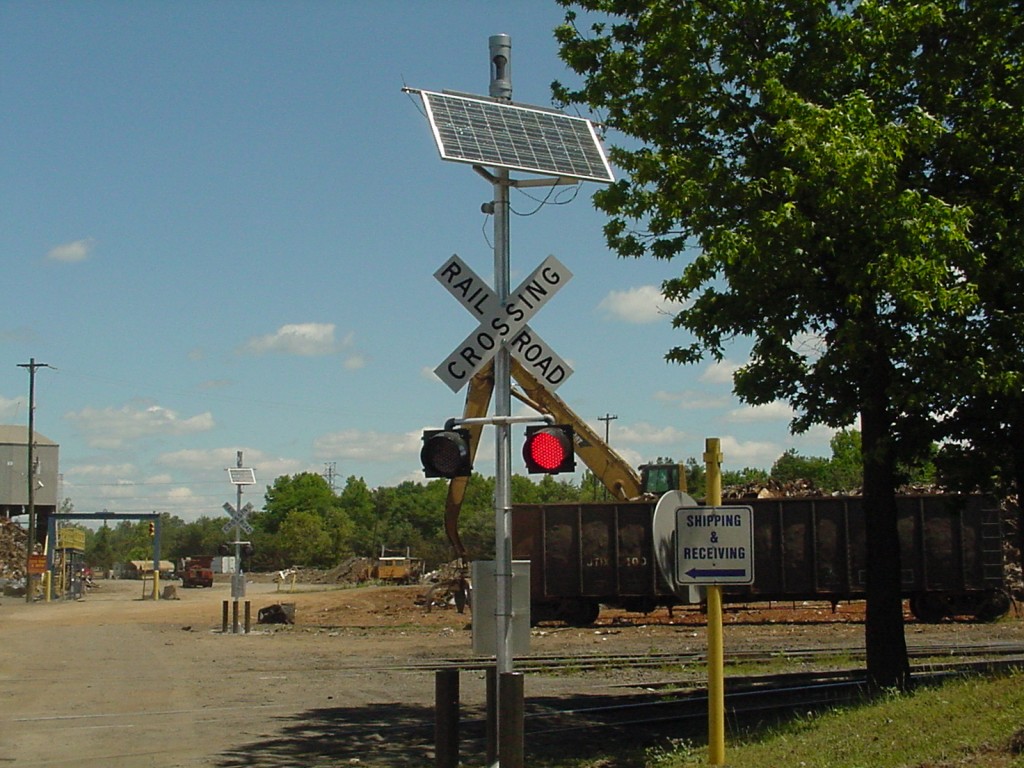