By PHOEBE MUTHART | The Municipal

Pedestrians who are crossing busy streets are often busy doing something else: listening to music, texting or talking on a phone. Those distracted walkers often fail to look both ways for traffic or follow other safety rules.

A study conducted during the summer in Seattle, Wash., may be the largest one yet to look at real-world pedestrians in this age of distraction. It found that more than 26 percent of the 1,000-plus walkers were using electronic devices as they navigated intersections where pedestrians had been hit in the past. 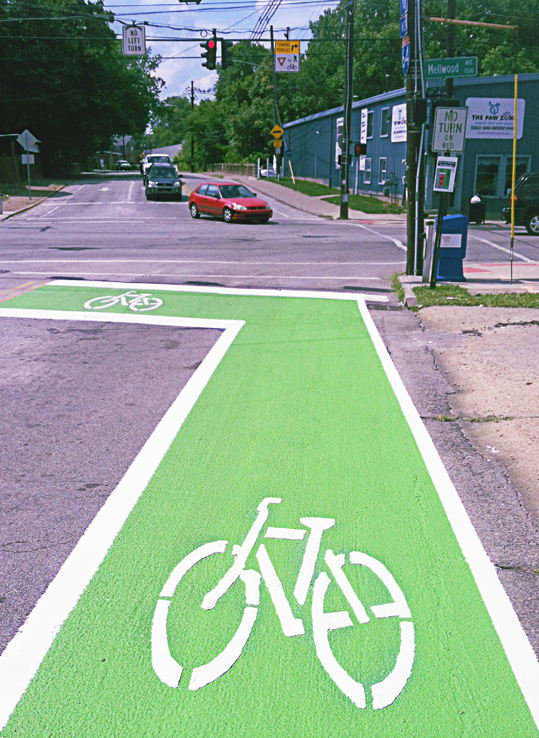 Texters were nearly four times less likely than other pedestrians to follow safety rules, including looking both ways, staying in the cross-walk and obeying signals; and both texters and talkers took extra time to cross the street. Music-listeners walked faster but often failed to look for cars, according to researchers from the University of Wash-ington and Seattle Children’s Hospital.

The findings could help explain why pedestrian deaths are increas-ing nationwide even as other traffic-related deaths hit historic lows.

Walkers who text, just like drivers who text, may be most at risk, according to one of the researchers, Beth Ebel.

“Texting is pulling you out of where you are and putting your mind somewhere else. You’re on autopilot and that puts you on risk,” Ebel said.

“We are finding very clearly that it’s dangerous to be distracted when you cross the street,” said David Schwebel, a professor of psychology who runs a pedestrian behavior lab at the University of Alabama in Birmingham.

In some of Schwebel’s experiments, people listening to music were more likely to be hit by virtual cars than those who were texting. He speculated that hearing cars may be at least as important as seeing them.

But Schwebel added that scientists also looked at talking on the phone, browsing the Internet, listening to music and talking to some-one next to you: All increased the risk for pedestrian injury.

Some communities have considered fining distracted walkers. Schwebel said it may take that to change behavior.

Nasar favors taking steps such as posting “Put down your cellphone” signs at crosswalks and educating the public. “Parents should tell their children to put down their cellphones while walking,” he said.

Passive detection devices are a trend in pedestrian crossings designed to address the increased lack of attention that pedes-trians pay to nearby traffic. (Photo courtesy of Electrotechnics Corp.) 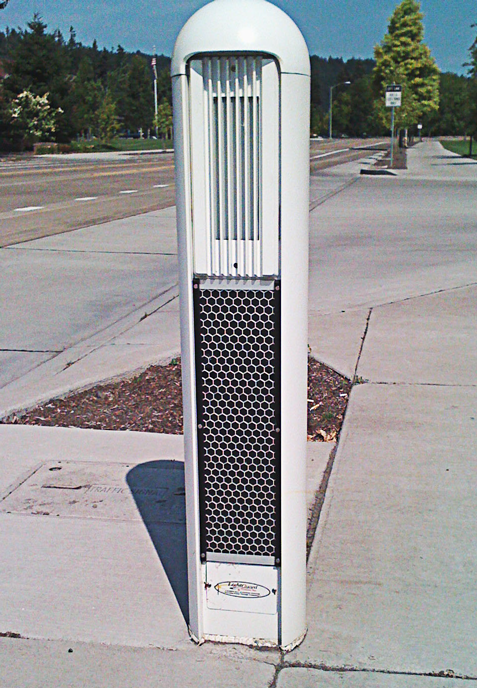 Today’s technology provides additional solutions to the problem. New pedestrian crossing instruments include rectangular rapid flashing beacons, which have resulted in over 80 percent compliance. In some areas that level of compliance reached 98 percent, according to a study conducted by Electrotechnics Corp. of Marshall, Texas.

St. Petersburg, Fla., was one of the first cities to try the new approach. A study conducted at a crosswalk in St. Petersburg reported an injury rate of 49 people per 100,000 people before RRFB was installed. After, motorists’ compliance increased to an average of 82 percent.

This pedestrian verification signal is acti-vated by a push button. (Photo courtesy of Electrotechnics Corp.) 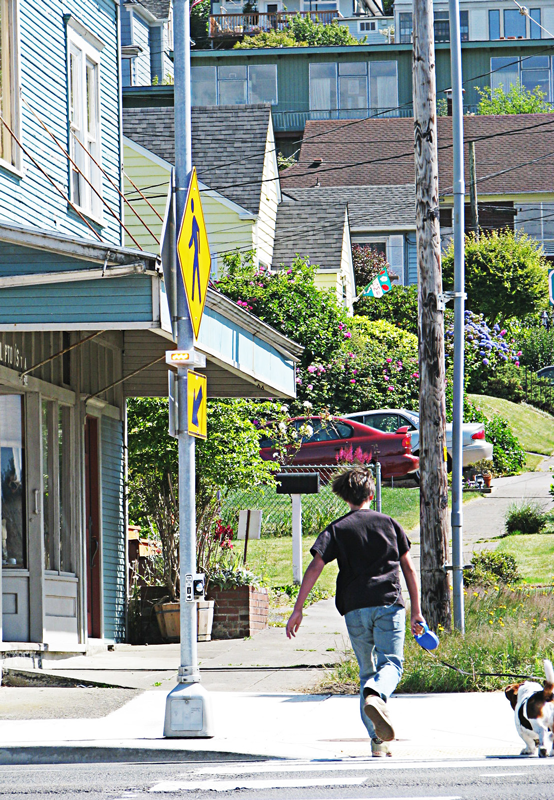 “TEXTERS AND TALKERS TOOK EXTRA TIME TO CROSS THE STREET.
MUSIC-LISTENERS WALKED FASTER BUT OFTEN FAILED TO LOOK FOR CARS”

Color pavement marking is another effective bicycle and pedes-trian safety initiative. It can also be used for bus lanes, stops and other specifically designated areas.