Home News Other How Automation Is Changing Traffic Safety

How Automation Is Changing Traffic Safety 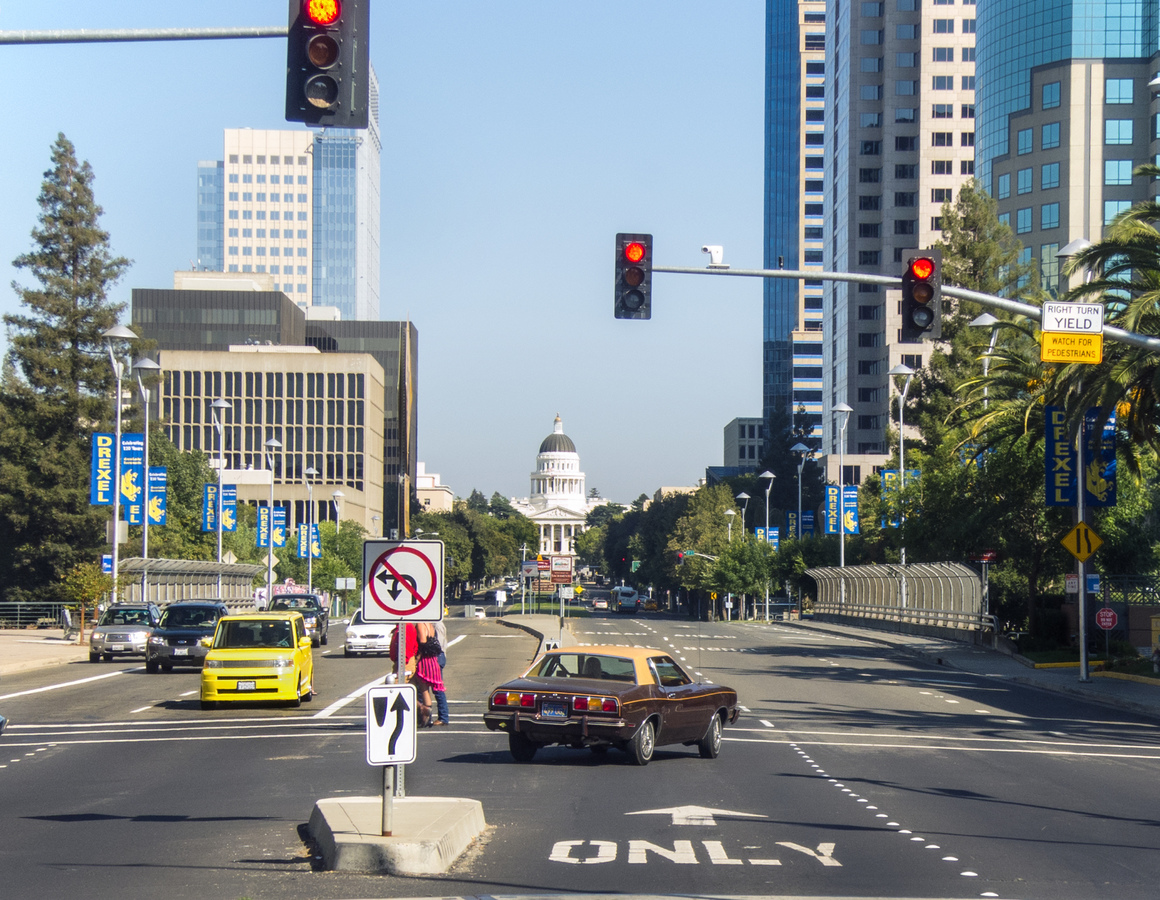 Twenty years ago, few would’ve thought that almost everyone would be carrying a device in their pocket that connects them to a world of information. With smartphone technology, we can connect with people across the globe, look up reviews for that diner we’d like to try, and check out our hometown high school football game’s score across the country in real time. We can even watch streaming video of the game as it happens.

This technology has become so commonplace that we take it for granted.

But what about a world of smart technology for cars? Car manufacturers, roadway companies, governments, and technical engineers are working on integrated systems to create more automatic and safer traffic situations.

Technology that connects automobiles to the world around them, dubbed Vehicle-to-Everything (V2X) technology, is closer than you think.

Doors Opened by 5G and Solar

Technology needed to catch up before safe implementation of automation advances. Although some are in their fledgling stage, expect to see major developments soon due to 5G and solar power.

Solar panels are more efficient now than they were previously, making them more practical and reliable for use by traffic technology manufacturers. With these improvements comes use in applications in which standard traffic signals and signs are too expensive or impossible to implement. Reliable solar power translates to signage and technology with backup battery power that keeps traffic technology functioning despite power interruptions, too.

5G, however, delivers the greatest promise for automation in traffic applications. Previous technology wasn’t strong enough or reliable enough to ensure consistently safe roadway situations. 5G is more responsive and reliable, and it has wider bandwidths. Impressive low latency means traffic technology using 5G can process massive amounts of information faster than ever before. This responsiveness and dependability are imperative to furthering automation since studies show that changes in levels of automation reduce driver awareness. Consistency is key for safety, and 5G delivers just that.

Automation Within the Automobile

We take for granted some of the elements of automation within our cars, but it wasn’t that long ago that they didn’t exist. Most car drivers expect the warning lights that warn of low fuel or the need to check the oil. These lights are examples of basic automation because they inform us of concerns without effort on our part.

Newer vehicles are equipped with automatic systems that warn or assist drivers with more complex or safety issues. Seat belt warnings sound when the car is in motion and the driver is unbelted. It may seem like a small thing. However, by buckling up, you cut your risk of a fatal injury in a crash by 50%1.

Vehicles are also routinely built with backup cameras mounted in the dashboard. These cameras automatically engage when the car is in reverse, enabling drivers to easily see behind them and avoid an accident. Tire pressure sensors warn drivers about problems so they can manage them before a tire blowout leads to a dangerous situation on the road.

In the future, these automatic monitoring features may become more preventative and more specific to the driver as well. Using Radio Detection and Ranging technology and laser sensors, vehicles can monitor all sides for danger by checking for obstacles and potential accident threats. The driver can take evasive action after receiving a warning from the system.

In-vehicle cameras and wearable technological devices can be used to monitor the driver for signs of distress, fatigue, or significant health events. Warning signals and sounds automatically warn the driver they are driving in an impaired state and need to take action to prevent an accident. 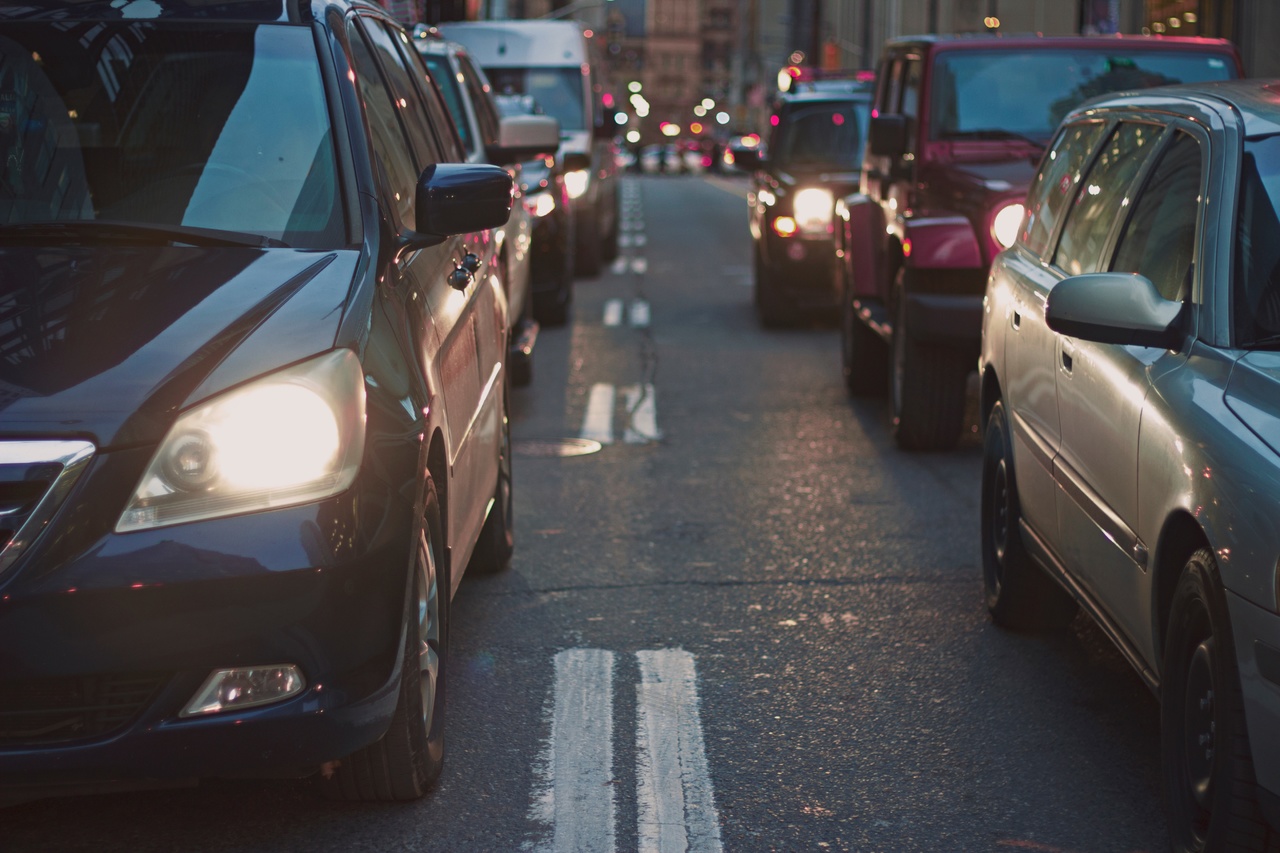 There are three primary types of car connections. The first is Vehicle-to-Vehicle (V2V) connection. V2V relies on cellular networks and 5G technology to connect cars, even when those cars are not within sight of each other. V2V technology allows vehicles to broadcast and receive messages, making the car aware of what’s going on with other nearby cars. According to the NHTSA, 615,000 crashes could be prevented and 1,366 lives could be saved by using V2V technology2.

Cars can warn others in the vicinity of problems and roadway conditions. When a driver receives the information, they can adjust their route and use increased awareness to avoid a collision.

The desire for fully automated cars is increasing. V2V technology using 5G may make that a reality for more vehicles. Autonomous vehicles can create safer roadway conditions by removing the possibility of human error in driving. The potential for significantly improved safety by automation is huge. About 90% of all crashes involve some level of human error, according to a Stanford Law School Report.

V2V cars and trucks can safely drive in platoons because their speed and braking are automated and communicated to other vehicles in the platoon. The vehicles are thus able to drive much closer to one another since 5G speed allows for an almost instantaneous response to a change, unlike the lag experienced in human reaction time.

Another factor related to autonomous cars is that polled drivers stated they’d be more willing to accept longer commutes if their commutes could be more enjoyable. Without having to focus on driving, drivers could engage in more productive or relaxing endeavors, likely enhanced with the use of 5G on their smart devices. Calmer drivers, or in this case autonomous drivers, make for a far less dangerous and stress-inducing commute. 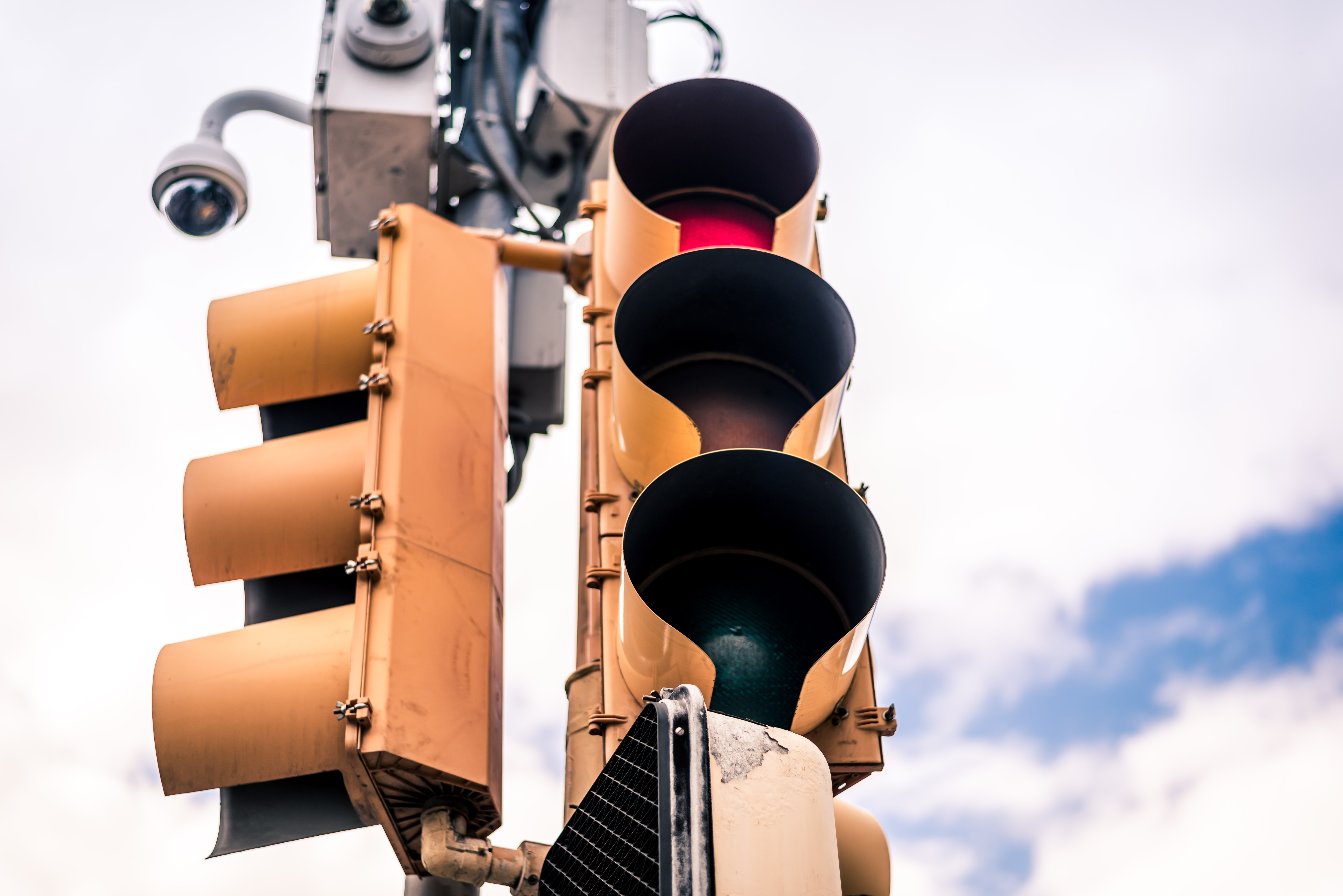 The second type of connection is Vehicle-to-Infrastructure (V2I). V2I communication involves vehicles connecting with nearby road infrastructures like traffic lights and other roadway markers, sensors, and signs. V2I connection would alert a driver of an upcoming signal, alerting the driver to slow down or possibly even automatically adjusting the vehicle’s speed to suit the signal’s condition.

Additionally, V2I communication relays information to vehicles about road and environmental issues drivers cannot yet see. By equipping drivers with advanced notice of issues, drivers are better prepared to manage these challenges or avoid them altogether. 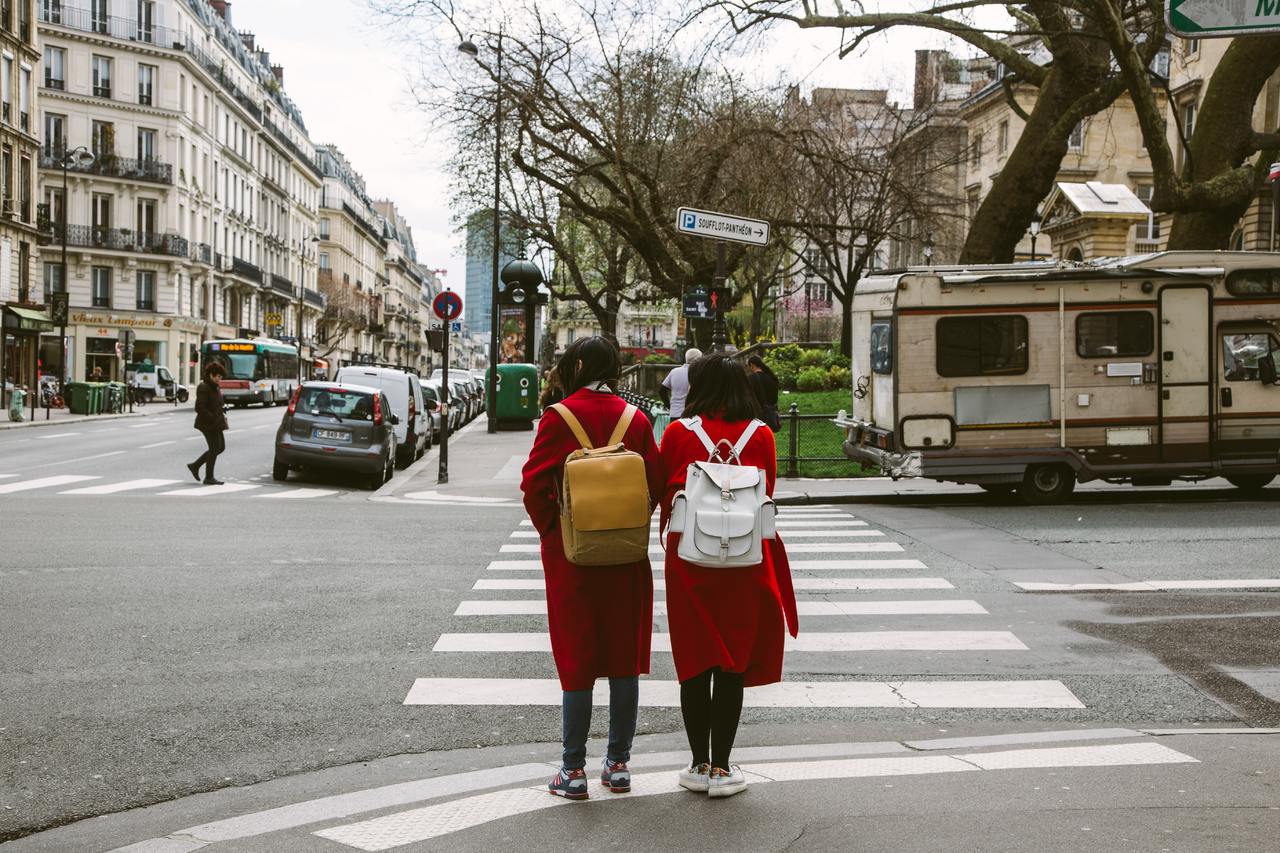 Vehicle-to-Pedestrian (V2P) is particularly vital to safety. According to the State Highway Safety Offices, approximately 6,721 pedestrians were killed on U.S. roads in 20203. V2P communication would enable vehicles to communicate with the smartphone or other technology commonly carried by pedestrians. This connection could warn drivers of nearby pedestrians, enabling drivers to take precautionary measures to avoid a tragic accident. 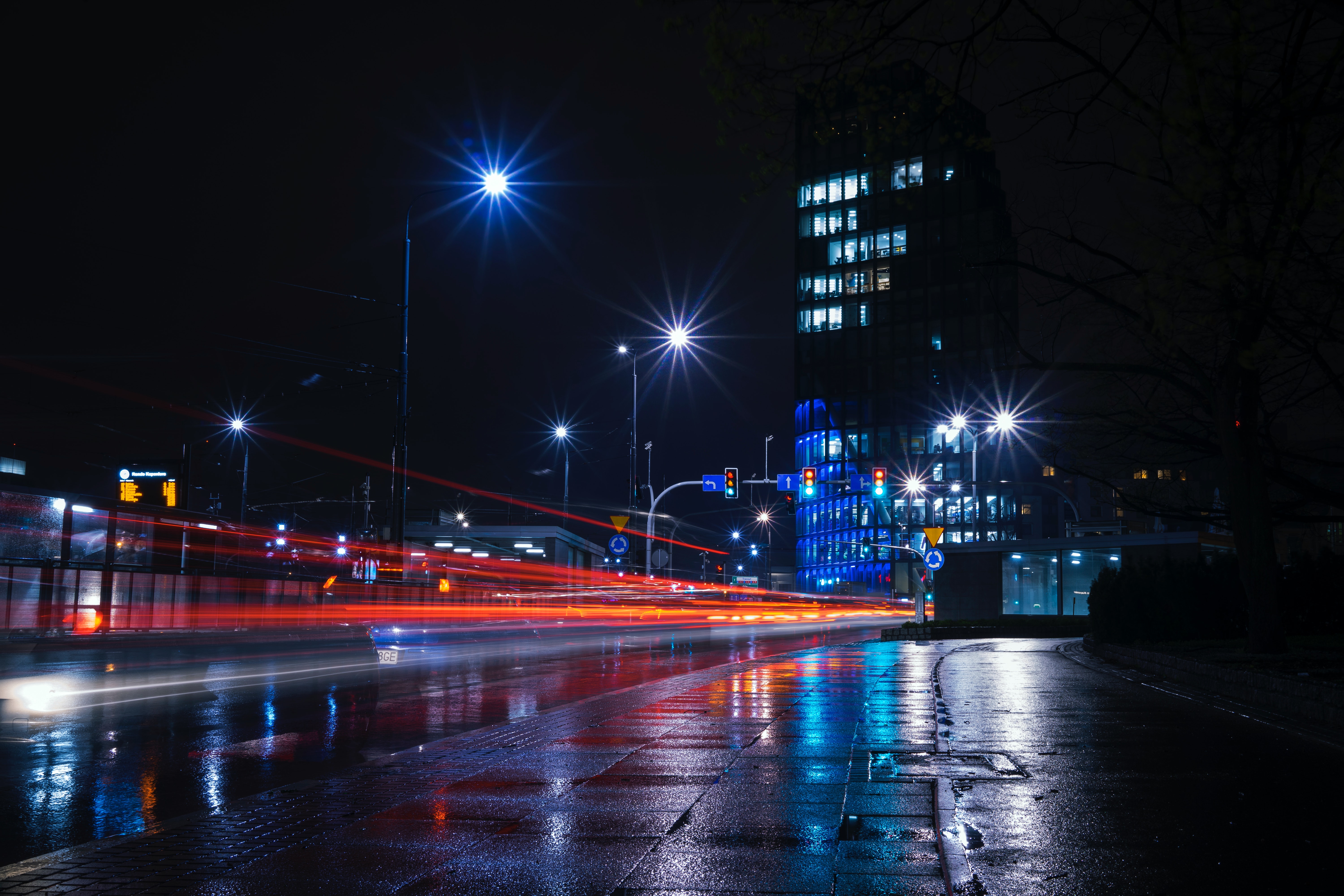 The Future of Traffic Safety

Although we may not be quite ready for full automation in driving situations, changes are on the horizon. The promise of calmer commutes, increased safety, and saved lives makes autonomous cars and V2X communication enticing. Although we certainly won’t be saying goodbye to driving our own cars any time soon, automation is already making the roadways safer. Safer roadways make for more enjoyable drives, and that’s a benefit everyone can appreciate.